Is It Mold or Mildew? 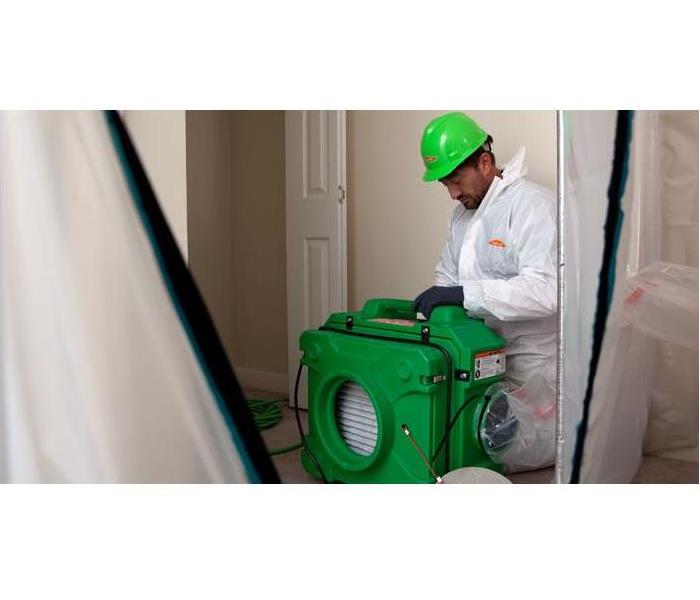 We recently took a call from a concerned resident in Bedford, Mass. Her family had relocated from out of state, and her leather couch arrived covered in microbial growth.

When she complained to the mover about the condition of her couch, the mover claimed to have hired an expert who determined that this was mildew and not mold on the couch. According to the mover, the couch owner had no reason to be concerned about mildew.

Here at SERVPRO® of Lexington-Bedford, we find that distinction laughable. Both mold and mildew are considered potentially hazardous by the Centers for Disease Control and Prevention. In fact, if you search “mildew” on their site, you will be directed to their mold pages.

Both mold and mildew are fungi. Both flourish in warm, damp conditions. And both are linked to upper respiratory tract symptoms in otherwise healthy people.

You can never completely eliminate molds and mildews from your home. Their spores are everywhere, even in your refrigerator. The risk is when these microbes are permitted to grow to the point of visibility. They are then releasing a higher-than-normal amount of spores into the air.

Call in a Mitigation Specialist

If you see microbes growing on a porous surface in your home (drywall, for example), you do not need to spend extra money testing to find out which type of microbe is growing there. You need to hire a mitigation specialist who can contain the contamination, remove the microbial growth, and advise how to avoid its regrowth.

Call SERVPRO® of Lexington-Bedford at the first sign of mold or mildew.