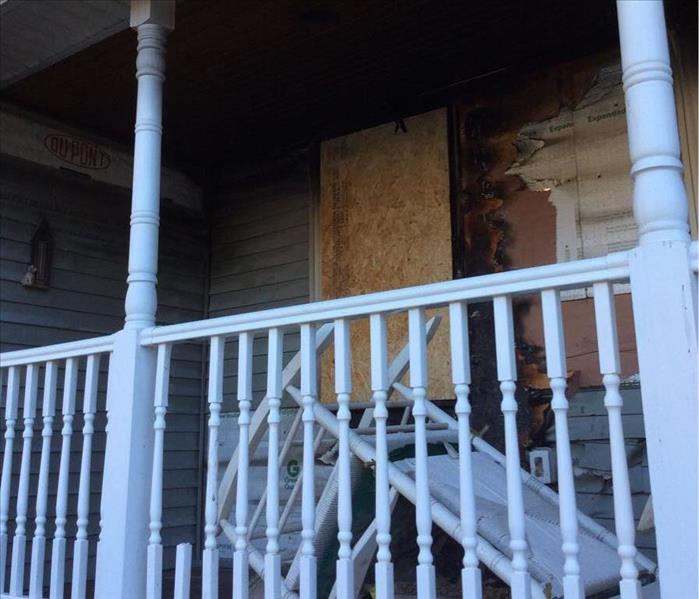 Cold temperatures and heat from the flames caused this window to explode allowing smoke to billow into the home.

Our office recently responded to a porch fire in Wilmington, MA. The source of the fire is believed to be a cigarette that was not extinguished properly. The fire occurred on a cold night and the heat of the flames combined with cooler temperatures caused a window on the porch to explode. Smoke billowed into the home from this window covering the entire interior in soot. There was extensive damage to the porch itself and vinyl siding on the exterior of the home. All occupants were able to escape safely and put out the fire with a fire extinguisher before the fire department arrived on site. In addition to exterior physical damage and interior soot damage, there was a strong odor. Just like when your clothes smell after being around a campfire but much more intense. Not only does the smoke cause a strong odor but the melting of the vinyl siding left a particularly unpleasant smell as well. SERVPRO arrived within one hour of being called and had a crew out that night to begin work. All smoke and soot damage was cleaned up from the interior within a few days. After that, odor removal equipment was left at the home for some time. The end result is "Like it never even happened." Reconstruction on the exterior of the home is also being handled by our franchise to repair the porch, window, and vinyl siding. If you experience a fire at your home or business, give us a call to restore it.