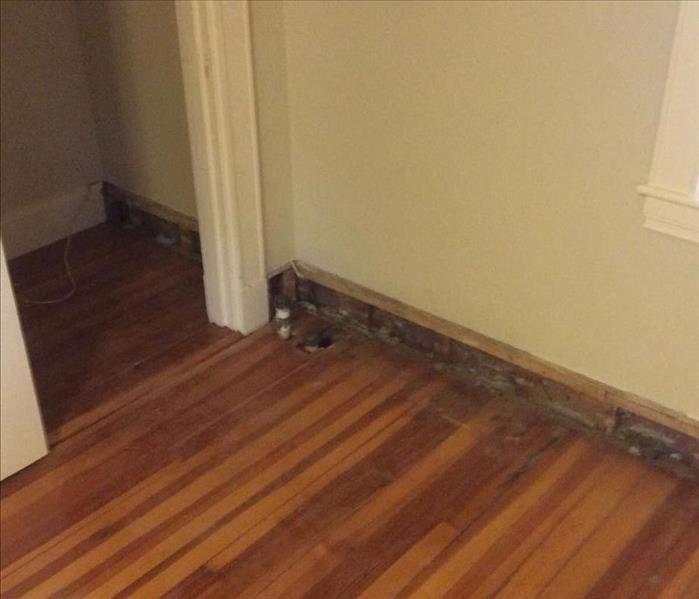 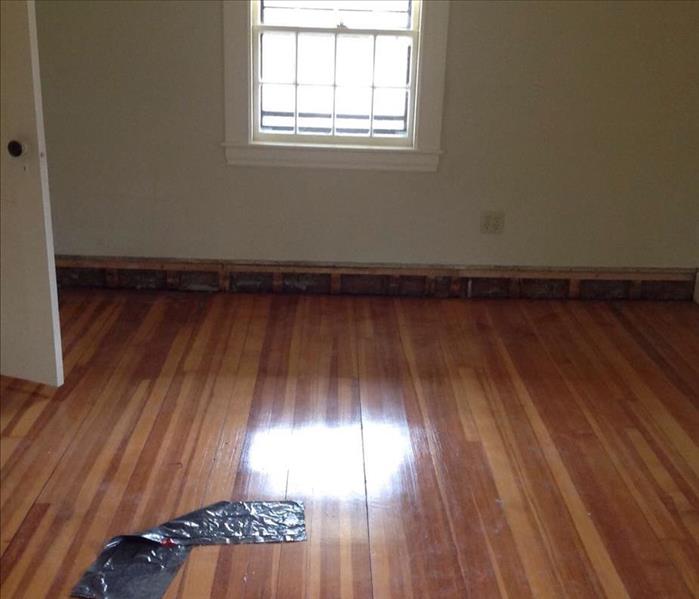 SERVPRO responded to a water damage in an unoccupied stable house which was built in 1908. The cause of loss was multiple broken radiator pipes which affected the bedroom, living room, and bathroom on the 2nd floor, and also the family room on the main level.

SERVPRO received authorization to start the water mitigation once heat had been restored to the structure, to exceed the ESL, and to install LGR dehumidification, axial air movers, and a 500 CFM AFD to perform the water mitigation. SERVPRO removed and discarded affected baseboards and wood lath and plaster on the lower affected walls, applied a botanical anti-microbial to all affected areas, and proceeded to dry the structure using LGR dehumidification and axial air movers, monitored daily. The Air Filtration Deice, A 500 CFM HEPA filtered, was installed to collect airborne spores, lead dust, and particulates.

This homeowner was so impressed with the services performed, when they were faced with another loss 5 months down the road, they knew to give us a call!

View More Before & After Photos